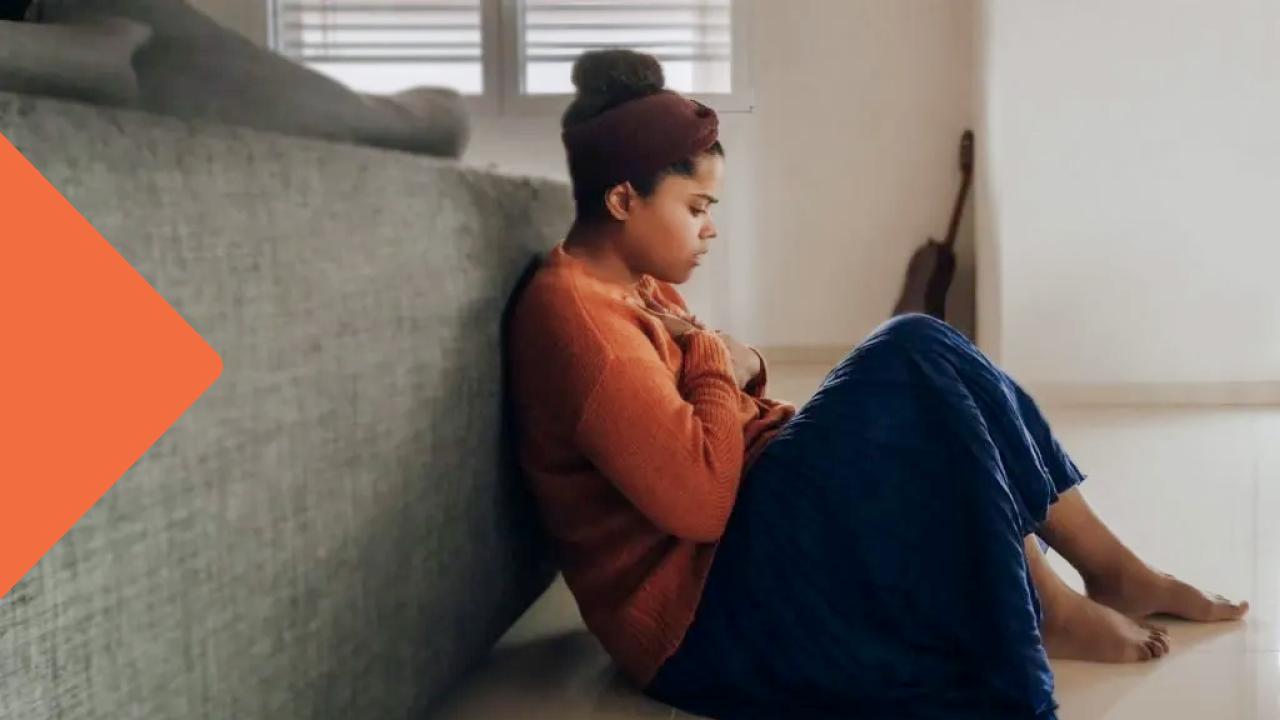 For some, anxiety might be the feeling of worry and stress to perform well in everyday situations like a presentation at work or sending off your child to daycare for the first time. For others, anxiety is much more than a feeling—it’s a disorder characterized by the overwhelming, seemingly uncontrollable sense of impending danger, panic, or doom. It’s important to note that there are generally no panic attacks associated with generalized anxiety disorder. You don’t need to have full-blown panic attacks to consider an anxiety disorder diagnosis.

The good news is, anxiety disorders are highly treatable. The bad news is, only 36.9% of those suffering receive treatment. This means the majority of adults struggling with an anxiety disorder are not getting the help they need to live to their full potential.

An interesting fact about generalized anxiety disorder is that women are twice as likely to be affected as men. This gender gap might be a result of differences in brain chemistry and hormonal fluctuations, or how men and women tend to cope with stress differently. GAD also often co-occurs with major depression.

A new study has found that those with attention deficit hyperactivity disorder (ADHD) are four times more likely to have GAD at some point in their life compared to those who don’t have ADHD. It’s also important to recognize or learn your risk for comorbidities, which occurs when more than one condition exists in a person at the same time. GAD symptoms alone can interfere with your daily life, but compounding ADHD symptoms with an anxiety disorder can feel both disruptive and debilitating. If you feel like you are experiencing symptoms of GAD, consult a licensed mental health provider who can help you navigate your symptoms, risks, and a possible diagnosis.

Agoraphobia is an anxiety disorder that involves intense fear and anxiety of any place or situation where escape might be difficult. Most people might assume agoraphobia is simply a fear of open spaces, but it’s more complex than that. It’s an exhausting condition that creates a fear of having panic attacks in public. Someone with agoraphobia might be scared of traveling on planes, visiting a shopping center, or even leaving the house.

Agoraphobia can seriously impact the quality of a person’s life because those who struggle with it avoid many social events and situations. It’s important to note that people experience different levels of agoraphobia. While one person may never leave the house, another person with mild or moderate agoraphobia may still leave the house for work but avoid social events or even the grocery store. However mild or severe the symptoms are, it’s important to get properly evaluated and treated.

If you think you are struggling with agoraphobia, it’s time to seek help. This anxiety disorder is typically treated with cognitive-behavioral therapy (CBT), to help patients understand the connection between their thoughts, feelings, and actions. If needed, medicine is sometimes also used with CBT.

Panic attacks can occur when you least expect it, and quickly. These attacks can also occur when something triggers your symptoms. A trigger can be a feared object or situation. There can be several different causes for panic attacks, including severe stress, major life transitions or events (new job, having a baby, divorce, etc.), excessive stimulant intake, and even medical issues.

Panic disorders are characterized by recurrent and unexpected panic attacks. A panic attack is a sudden period of intense fear that occurs and escalates quickly. A common misconception around panic attacks is that they are visually and easily recognizable. Some people might even picture a person completely freaking out or hyperventilating into a paper bag. However, panic attacks can actually be more subtle than that.

Here are some common symptoms of a panic attack:

If you constantly experience these repeated, unexpected episodes of intense fear and panic attacks, the good news is that panic disorders are highly treatable. There are a variety of available therapies and effective strategies to overcome this disorder. There is no cure, but you can find a combination of treatments that is effective for you.

Social phobia, or social anxiety disorder, is an anxiety disorder characterized by overwhelming anxiety and excessive self-consciousness in everyday social situations. It’s more than just shyness around other people. It’s a disorder that makes it hard for you to do everyday tasks like talking to people at work or in other social settings. With this disorder, it’s common to feel anxiety or fear over being humiliated, judged, or rejected. This anxiety or fear that people with this disorder feel can be so strong that it feels almost uncontrollable.

Your social phobia might be triggered by a certain type of situation, such as a fear of speaking in social situations, or eating or drinking in front of others. Or in its most severe form, a social phobia can even present almost every time you are around other people. The interesting thing about this intense phobia is how common it is. Social anxiety disorder affects 15 million adults, or 6.8% of the US population. Understanding how common this disorder is can help you know that you are not alone in the struggle to control your symptoms.

Some of the signs and symptoms of social anxiety include:

These symptoms are similar to the other anxiety disorders mentioned above, but the difference is that they occur because of intense fear or anxiety of social situations. Generally, social anxiety disorder is treated with psychotherapy, medication, or both. It’s important to seek professional help from a mental health care provider who can help you find the best treatment. For more information and helpful resources for social anxiety disorder, visit the National Institute of Mental Health’s page.

Obsessive-compulsive disorder (OCD) is not an anxiety disorder, but it is a mental health condition that has features of anxiety symptoms. OCD is characterized by recurrent, unwanted thoughts (obsessions) and/or repetitive behaviors (compulsions). These repetitive behaviors are caused by obsessive thoughts that often intrude and take over a person’s mind. Completing these habits can help make these obsessive thoughts go away, but only temporarily. Not performing these so-called “rituals” can even increase feelings of anxiety.

Common repetitive behaviors include hand washing, counting, checking, or cleaning. However, there are also many obsessive behaviors that are uncommon, misunderstood, or hard to talk about–like a fixation on bodily functions like swallowing. This is because OCD can consist of any persistent and obsessive thought that causes anxiety, paired with a behavior that attempts to make that anxiety go away.

Everyone double checks things sometimes, and most people tend to have a set morning routine or bedtime routine. You may have even heard the phrase, “I’m like, so OCD”, used by others to casually refer to their hyper-organized personality. However, simply having a preference for organization or cleanliness does not mean you have OCD.

A person with OCD generally:

It’s important to understand the official symptoms and characteristics of this disorder before using the term. OCD is a real mental health disorder. Lightly describing yourself as having OCD– when in reality you don’t– can be harmful and minimize the experience of people who truly have the condition.

OCD affects 2.2 million adults, or 1.0% of the U.S. population. This disorder is equally common among men and women and does not present many gender differences like other mental health conditions. Some people with OCD also have a tic disorder, which includes sudden twitches, movements, or sounds that people do repeatedly.

A great representation of OCD in the media is the character Howard Hughes in the movie The Aviator. Played by Leonardo Dicaprio, Howard Hughes presents his OCD symptoms as a lifelong affliction. He shows what it looks like to constantly be tormented by anxiety and obsession over certain behaviors. If you have OCD, you understand the level of disruption that OCD can cause in all aspects of life. If you suspect yourself of having OCD, it’s time to get properly evaluated so you can start getting the appropriate help you need.

Similarly to OCD, PSTD is not an anxiety disorder, but the symptoms of PTSD and anxiety often overlap. When you think of post-traumatic stress disorder (PTSD), you might think of military veterans who have traumatic experiences from their time serving. In reality, PTSD is a mental health condition that can affect anyone who becomes severely triggered by a traumatic event, by either experiencing it or witnessing it. PTSD can even develop after exposure to a terrifying event or ordeal in which grave physical harm occurred or was threatened.

Another important factor to consider is that everyone experiences things differently. Life events that are traumatic to you may not be traumatic to someone else. There is a wide range of events that can be traumatic and triggering from people, including domestic violence, an accident, sexual assault, the death of a loved one, and more.

More importantly, not everyone who experiences trauma develops PTSD, and PTSD symptoms usually do not develop right after the traumatic event. Most people will experience at least one traumatic event in their life, but that doesn’t mean that every one of those people will develop PTSD. It’s estimated that 6.8% of American adults develop lifelong PTSD after trauma.

There are no specific criteria for those who might develop PTSD symptoms, but there are some factors that can increase risk. Some factors that might contribute to being more vulnerable after experiencing trauma include experiencing repeated trauma, having more negative life events, low social support, and low self-esteem.

Based on the DSM-5, PTSD symptoms are included in four clusters, including:

The key takeaway to remember is that PTSD doesn’t present in the same way for everyone because the symptoms can depend on the person and the type of trauma they experienced. For more information about post-traumatic stress disorder, visit the American Psychiatric Association’s page.

Like other mental health disorders, anxiety disorders are unique and affect our lives in several ways. It’s also easy to check off symptoms on a list and decide you either have a disorder or not. But it’s not as simple as that. Our lives and behaviors are so much more nuanced than a simple checklist of symptoms can ever portray. Anxiety disorders can manifest in several different ways, and other pre-existing conditions or factors can even present as symptoms of anxiety.

It can be difficult to navigate the subtle distinctions and variations of anxiety disorders, so it’s important to consult a provider who can help you make sense of your symptoms. At Ahead, our providers are here to listen. Bring what’s on your mind here. Don’t let your anxiety disorder continue to disrupt your daily life; know when it’s time to seek help and start taking control of your symptoms. 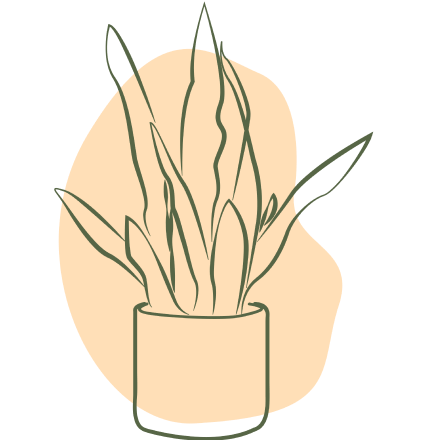 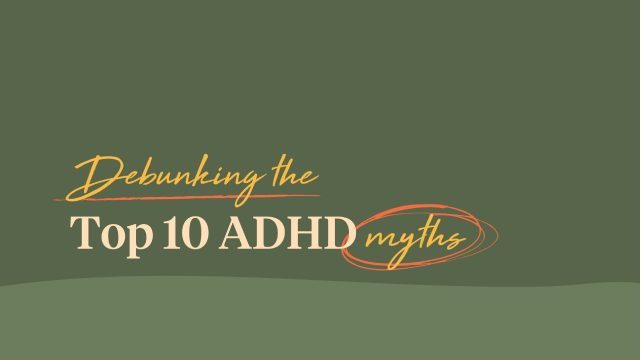 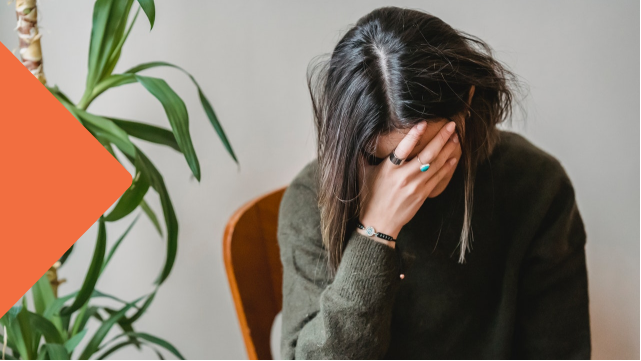 Self-Harm Awareness: Recognizing the Signs and Getting Help